The U.S. is on pace to secure an additional 400-450 miles of its Southern Border with Mexico by the end of 2020, Acting Homeland Security Secretary Chad Wolf said Wednesday during a press conference with President Donald Trump.

CNS news reported on Wolf’s comments, during which he told viewers that “very few people are coming into country right now. And as we complete, again, the wall, in addition to the 27,000 (Mexican) soldiers, it’s a very — it’s a very tough place to come into.”

Trump then asked Wolf to discuss “how tight that southern border is right now,” to which Wolf responded that the government is continuing to “build miles of the wall every day.” He went on to say:

We’re up to over 150, I believe. We’re continuing to build new–new miles of wall. And a lot of folks ask about replacement wall or new miles? It’s a new capability on the Southwest border that we haven’t had before. 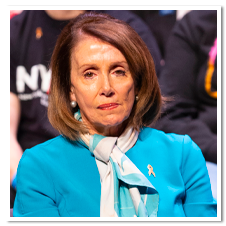 And so, whether you talk to the agents, the Border Patrol agents, they like that capability…They like that impedance and denial that it provides them. And it provides the ability for those agents to focus elsewhere on parts of the border that are very difficult to patrol so we can use our resources in a different way. And so, we see a lot of benefits from the border wall system.

And again, that includes not only the physical infrastructure but the cameras, the roads, the lightings, the fiber optic cables, and we’re looking forward and we’re still well on our track–well on our mark to meet 400, 450 miles by the end of the calendar year.

Trump added that the “wall is up to about 160 miles already, and any areas where we have that wall–it’s for the most part, contiguous, we have fill-ins, but we’re up to 161 miles exactly.” He said, “any place where you have that wall, other than walking around it on the edges, it’s stopping everybody cold.”

In addition, Trump explained how the wall is working:

And we are stopping–nobody has seen anything like it. That’s how good it works. And the other side (Democrats) knew it worked that well. Everybody, because everybody was for it five years ago. All of the sudden they changed.

It’s having a tremendous impact but we are now focused on so many different things because of what has happened, because of this horrible–I say it’s a horrible phenomenon that now we have got to focus on drugs and the drugs come in from different methods, and we have the best people at sea anywhere in the world, so we will have a tremendous impact on drugs. But one of the other things we will also have an impact, we think, on the coronavirus.

This press conference was separate from Trump’s daily coronavirus press briefings and received less media attention. Trump as this press conference also announced an “enhanced counter-narcotics operations in the Western Hemisphere to protect the American people from the deadly scourge of illegal narcotics.” 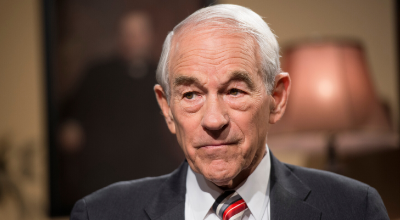 Dr. Fauci Says This Has Been The Case ‘From The Beginning’