Former Vice President Joe Biden linked President Donald Trump to the Ku Klux Klan (KKK) in a sermon on Sunday in a black church in South Carolina on the eve of Martin Luther King Jr. Day.

“We can defeat this moment of hate. … This president and his — the Ku Klux Klans and the rest of them, they think they’ve beaten us again. But they have no idea — we’re just coming back. God love you all,” Biden told the Bethlehem Baptist Church in Columbia, South Carolina.

In a halting speech, Biden also repeated the false claim that President Donald Trump had referred to white supremacists and neo-Nazis in Charlottesville as “very fine people” in August 2017.

“They asked the president what he thought, and he said, ‘There are very fine people on both sides’,” Biden claimed.

In fact, Trump specifically condemned those groups, as the transcript of his remarks reveals.

Trump had praised non-violent protesters on either side of the removal of a Confederate statue as “very fine people,” contrasting them with violent rioters, and saying neo-Nazis and white nationalists should be “condemned totally.”

Breitbart News specifically confronted Biden directly at the Iowa State Fair last summer with the fact that he was misquoting the president. He and his campaign continue to claim otherwise, and to spread the “Charlottesville hoax.” 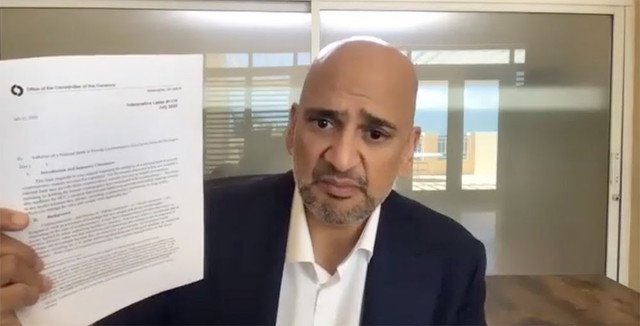 Biden has made the false claim throughout his campaign, citing it as his very reason for running in his launch video. His sermon Sunday repeated what he has said previously in South Carolina — but with an explicit link to the KKK.

Biden was introduced by Rep. Terri Sewell (D-AL), who endorsed Biden and said that there was “no bigger threat to [Dr. Martin Luther King, Jr.’s] legacy than the person who is in the White House now.”

The former vice president said that he had been involved in the civil rights movement “for real” as a teenager, and said “I got my education — for real — in the black church. And that’s not hyperbole, that’s a fact.”

Biden repeatedly referred to former President Barack Obama, who has not yet endorsed anyone in the 2020 primary.

Sunday’s sermon was not the first time Biden has linked a political opponent to the worst of white racism, in an effort to appeal to an African-American audience. During his 2012 re-election campaign, Biden told a predominantly black group of voters in Virginia that Republican presidential nominee Mitt Romney would “put y’all back in chains.”

The New York Times reported that Biden is expected to join other Democratic hopefuls in a rally at the state capitol in Columbia for an annual march in King’s memory. Biden’s support among black voters in the state is seen as a “firewall” against possible victories by his rivals in other early primary states, who poll poorly thus far among black voters.

Joel B. Pollak is Senior Editor-at-Large at Breitbart News. He earned an A.B. in Social Studies and Environmental Science and Public Policy from Harvard College, and a J.D. from Harvard Law School. He is a winner of the 2018 Robert Novak Journalism Alumni Fellowship. He is also the co-author of How Trump Won: The Inside Story of a Revolution, which is available from Regnery. Follow him on Twitter at @joelpollak.

US Navy Makes History In Honoring This WWII Hero